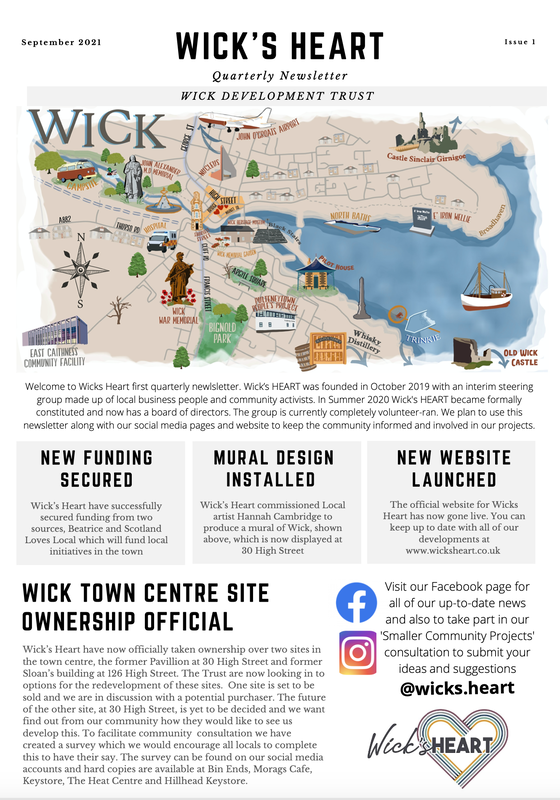 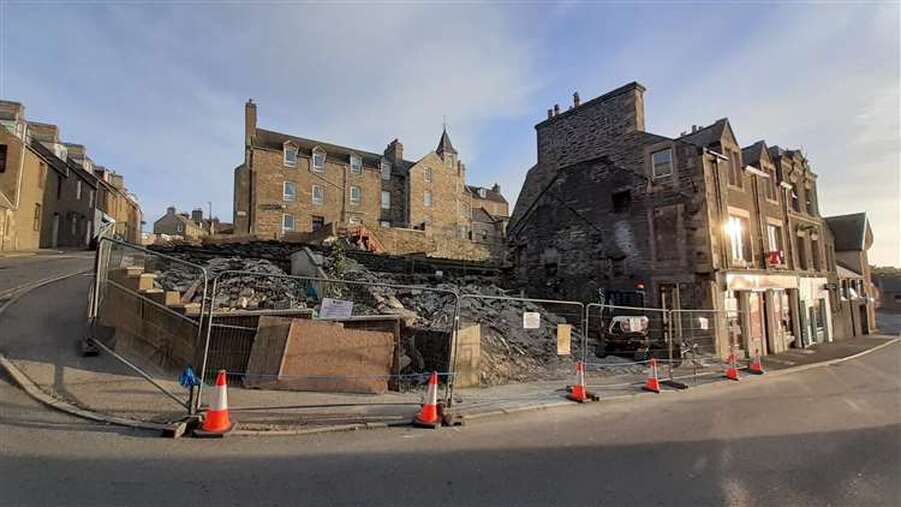 Sites formerly occupied by two eyesore buildings in Wick town centre are expected to be handed over to a local development trust by the end of this month. The former Pavilion cinema and Dominoes nightclub, at the western end of High Street, was flattened in August. Work on the demolition of the old Sloans shop at the eastern end of High Street, at the junction with Shore Lane, started in early September and is progressing well.

Wick's Heart  are working closely with the current owners and Wick firm BBM Solicitors to ensure the transfer to the community happens as smoothly and quickly as possible.

Following months of  negotiations as part of the town centre regeneration effort led by Highland councillors for Wick and East Caithness, it was announced in June 2020 that 30 and 126 High Street were to be knocked down, having lain empty for decades, with ownership returned to the community once site clearance had been completed. It is hoped the sites can be redeveloped, tying in with the overall plans for town centre regeneration